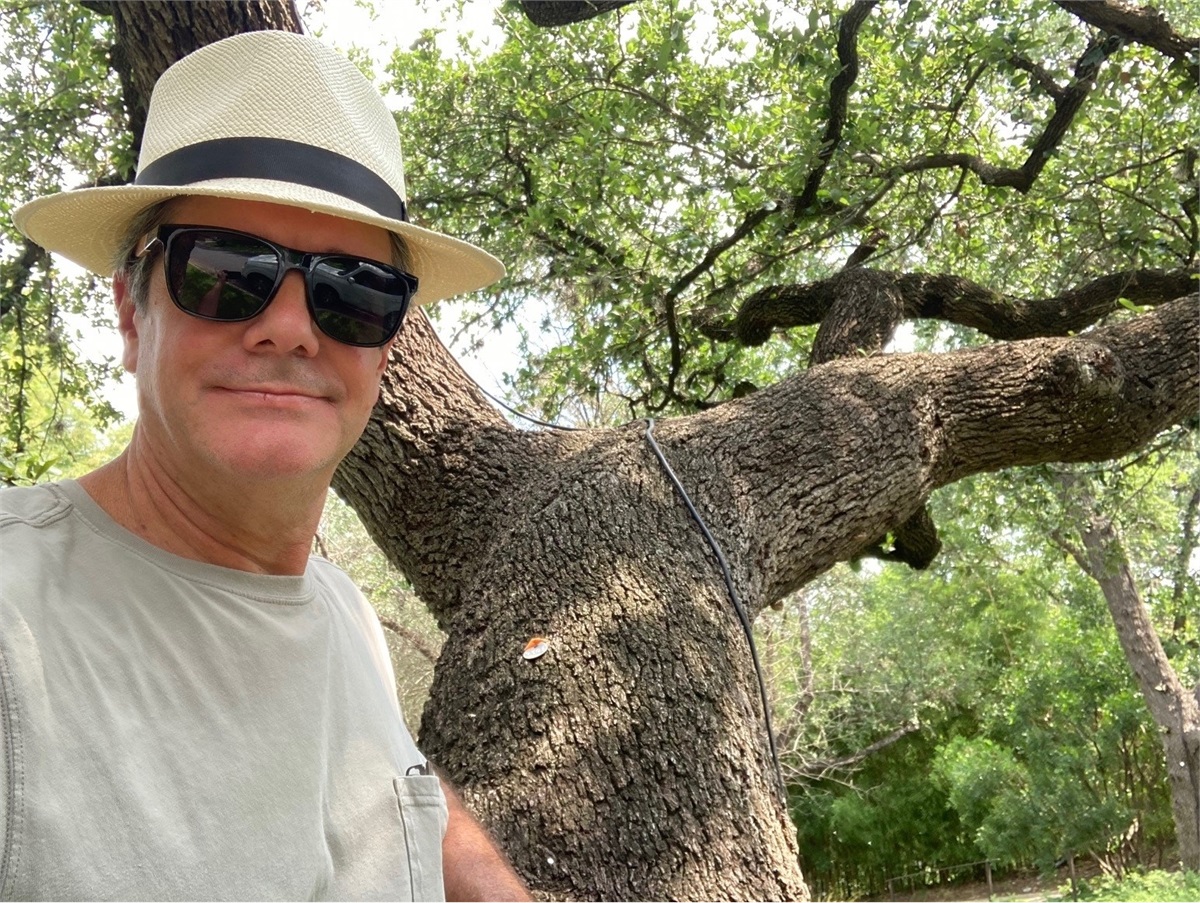 A Tree Grows in Austin

Years ago, while driving through the Hill Country with a friend who was visiting Texas for the first time, I asked what surprised him most about the scenery.  “There are a lot of trees”, he said.  Yes, we do have a lot of trees.  Austin in particular, nestled as we are on the edge of the Edwards Plateau where the Colorado River winds down through the rolling hills and onto the Blackland Prairie, has a great variety of wonderful, beautiful trees!  Our elegant Live Oaks, with their sprawling branches, provide shade on hot summer days, and for a kid growing up in Tarrytown, fantastical climbing adventures.  The majestic Bald Cypress trees stand tall along our creeks and rivers, with their knobby roots extending beneath the waterline.  Fruitful Pecan trees bear their delicious nuts for our favorite kind of pie.  And yes, even the often-unappreciated Mountain Juniper – what we commonly refer to as “Cedar” – adds to the brilliant evergreen colors of our sloping hillsides.

I loved to climb trees when I was younger.  Our house had a perfect climbing tree right along the curb on Scenic Drive.  That house is now gone (replaced) but the tree is still there.  A medium sized Live Oak with a nearly horizontal curve in its thick trunk that was low enough for a boy to hoist himself up on and begin to scale higher into its canopy.  It was a hiding place, a lookout post, a retreat from reality where I could daydream about anything a kid in those days daydreamed about.  In a way, that tree was both a playmate and a friend.  Perhaps it still is to the kids who may live in the house there now or to others playing in my old neighborhood.  I stopped by today, put my hand on it, and said, “thanks old friend.”

That neighborhood includes the grounds of the Laguna Gloria Art Museum, aka The Contemporary Austin.  Just across the small lagoon from our backyard, those grounds served as my extended backyard easily accessible via a short swim or in my trusty rowboat.  Back in the day, I’d scamper up into the branches of the ancient Live Oaks or pluck nuts from the Cypress to throw at turtles drifting by in the green water.  Today, a walk around the grounds of the former estate of Clara Driscoll and her husband affords one of the best places to see so many of our tremendous trees.  Scattered among this arboreal wonderland are strange works of modern sculpture including a giant stone tree trunk and a cast-bronze ’53 Chevy.  Keep Austin weird I suppose.  But the trees are the real works of art to me.  Check it out on a Thursday when admission to the grounds is free.

There are so many magnificent trees throughout Austin.  Over at Central Market on North Lamar, the park contains one of the finest specimens of Live Oak in our city.  Its lowest branches literally rest on the ground beneath the near perfectly round circumference of its canopy.  Squirrels and birds are at play in the upper limbs, their sounds mixing with the laughter of children coming from the playscape nearby.  It is an idyllic spot on a Saturday morning.

Austin is also home to the most famous tree in all of Texas.  Standing along Baylor Street between West 5th and 6th Streets, just east of Tarrytown, is the legendary Treaty Oak.  The great Live Oak is believed to have sprouted one hundred years before the first Spanish explorers came ashore in what would become Texas.  During its more than 600 years of life, it has watched the migration of buffalo, Comanche hunting parties, Spanish Conquistadors and missionaries passing through, and the arrival of Scottish, English, German, and Czech pioneers in horse drawn wagons.  According to legend, Stephen F. Austin came to the early settlement that would later bear his name and met under its giant branches to negotiate a boundary line between his people and the existing Native American tribes inhabiting lands to the west - where Tarrytown is now.  Hence the Treaty Oak, as it became known, remains central to Austin history and, a beloved example of our ongoing love affair with trees.

Planting a tree is a metaphor I use when I discuss long-term wealth building with my clients at Current Investments Wealth Management.  What starts with a tiny seed or small deposit can, over time, grow into something of great value.  Recently, I helped my 18-year-old daughter open a Roth IRA and make her initial deposit.  Her summer job will allow her to save a little towards her long-term goals and take advantage of the greatest asset she currently owns, time.  The Treaty Oak and so many other wonderful trees growing in Austin and in our neighborhoods have seen a lot of time go by.  Take a moment to admire them and think about the generations both past, present, and future for whom they offer shade.  And if you are so moved, say “thank you” to a tree.