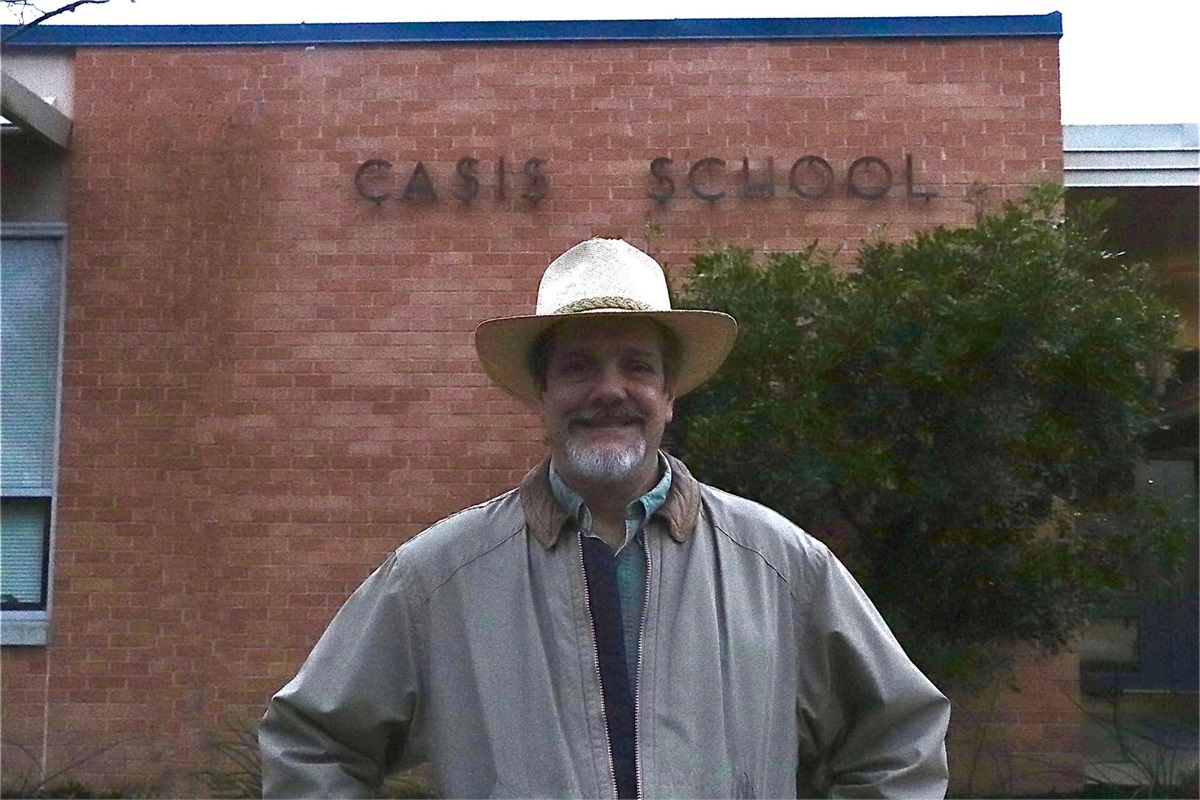 In the fall of 1969, I received a new credit card.  It was a pale, yellow piece of stiff paper printed with my name, address, and a calendar-like grid of dates.  Each day at lunch as a first grader at Casis Elementary School, I’d hand my lunch card to the cafeteria lady who’d check off the date of my meal with her pencil and hand it back to me.  Though I was only six years old, that credit card wasn’t my first.

I also possessed a slightly smaller white paper card that permitted me, solely on my personal recognizance and good “credit”, to borrow books – each one an education in itself - from the Howson Branch Library that stood a few blocks down Exposition Blvd from the elementary school.

Named for two sisters who were pioneers of public education in Austin in the early 20th Century, Casis was the red brick schoolhouse where my elementary education began.  So many of the things I learned in my five years there, in both formal and informal settings, have stayed with me.  And some of my best memories and most valuable lessons came outside of the classroom.

The wooded edge of the school playground was to us the mighty, mysterious “Casis Forest”.  Expeditions could go missing for days at a time (a Saturday afternoon).  Classic horror films went on-location in this arboreal back lot (my pals and I played around with dad’s 8mm movie camera and three-minute per feature film capacity).  Huge, mythical creatures dwelled in the shadows of the giant trees (we played ‘king of the hill’ on top of the cartoonishly painted, six-foot in diameter fiberglass turtle).  A wooded wonderland!

In fifth grade, after learning about the indigenous civilizations of Mexico, my classmates and I produced a multi-media “Aztec Experience” to thrill audiences.  In actuality, it was a hand-cranked paper scroll of drawings mounted in a cardboard box, accompanied by our narration and acapella sound effects laid down on a Radio Shack tape recorder.

When school let out, I’d walk briskly home to catch the 4:30 re-run of “Star Trek” on T.V.  A few of us were such big fans of Captain Kirk, Mr. Spock, and the voyages of the Starship Enterprise, we began “publishing” a newsletter called the “Star Trek News” for the wider nerd diaspora at Casis.  These typed, handwritten and illustrated pages were photo-copied on a Xerox machine the size of a small car at the downtown law office of the father of one of my fellow fanboy editors.

I learned a lot about life, struggle, science, and friendship watching Star Trek reruns.  Mr. Spock credited his keen logic and Kirk his grasp of risk and how it played into rescue or reward, to borrow time and cheat fate once again so the Enterprise and its crew could continue its five-year mission same time, same channel tomorrow.

Eventually, my education about credit responsibilities and borrowing earned me a trip with my mom to the Lamar Savings & Loan branch in Casis Village.  We were there to open my first real bank account.  This gave me the right to carry around my handy “passbook” in which I kept two-digit records of my vast monetary holdings!  At that time, I had no idea I’d be serving and advising clients of my own firm, Current Investments Wealth Management, decades later.

Today when we meet at my office, or sometimes my client’s home or office – and yes, lately, a lot of online, virtual visits – I talk about the importance of teaching kids and grandkids financial responsibility: the power of earning, saving, and later investing money toward building wealth and pursuing long-term goals.  I listen to my clients’ descriptions of their education and experiences with free enterprise, risk & reward, how they see their ideal lifestyle, and perhaps their role in passing down what they’ve achieved to the next generation.

We never know which lessons learned early, at places like Casis Elementary School, the neighborhood bank, or the local library, will stay with us for the rest of our life.  To this day I still carry in my wallet, that little white paper library card I got over fifty years ago, as a memento of my elementary education.