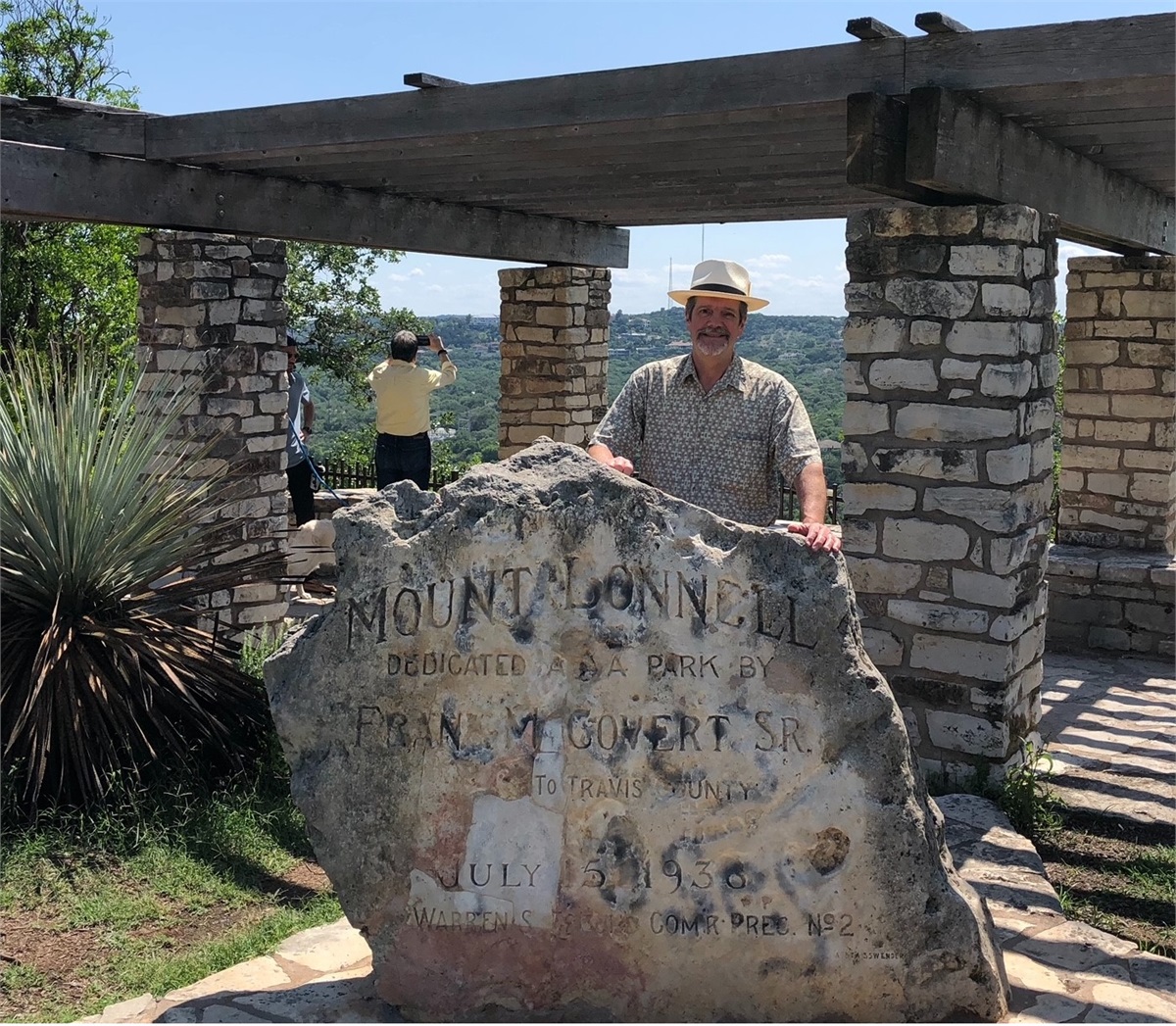 Highs and Lows on Mt. Bonnell

We Austinites call it “Mount Bonnell” like it was a mountain.  People from West Texas (and the part of West Texas that includes Colorado), would probably call it a bump.  It’s not that high.  Hell, it’s not even as high as the hill right next to it, “Mt. Barker”, which is a whopping 65 feet higher.  To put it in context, if you stood downtown at the corner of 6th and Congress and walked three blocks south to the Elephant Room jazz club at 311 Congress, you’d have traveled a greater distance than Mt. Bonnell stands above sea level - sea level!  To put it in context, the entire City of Austin at its lowest point is 425 feet above the level of the nearest sea.  Does Mt. Bonnell deserve the label ‘mountain’ any more than the Gulf of Mexico deserves to be called a “sea”?

But I’m not here to bash Mt. Bonnell.  Speaking relatively, it is a wonderful place!  It is one of the most popular tourist destinations in all of Austin, and certainly affords one of the prettiest views of our city from its vantage point high above West Austin and Tarrytown.  The arcing trace of Lake Austin curves below (barely 330 feet below) its western face and when the glow of sunset catches it just right, the sight is enchanting.

Long before the Tarrytown neighborhood existed, the residents of Austin drove their horse-drawn buggies and later automobiles out to Mt. Bonnell to unfold picnic blankets, see the sights of nature, and anticipate unfolding liaisons of a romantic nature.  By the early 20th Century, gasoline powered cars drove out there.  Those cars were likely purchased at Covert Chevrolet, Austin’s earliest automobile dealership.  The top of Mt. Bonnell now includes stone picnic tables, rock walls, and a semi-shaded gazebo overlooking the lake below, thanks to the Covert family’s financial support of this historic place.

There’s a marker in the park that describes some of the prominent history of the promontory.  I can’t write it any better, so I’ll just quote it:

“Rising 775 feet above sea level, this limestone height was named for George W. Bonnell, who came to Texas with others to fight for Texas independence, 1836. Was commissioner of Indian affairs in Republic of Texas under President Sam Houston. Moved in 1839 to Austin; there published the "Texas Sentinel", 1840. Member Texan-Santa Fe expedition, 1841. Was captured but released in time to join Mier expedition, 1842. Was killed in camp on Rio Grande, Dec, 26, 1842. Frontiersman W.A.A. "Bigfoot" Wallace killed an Indian he met face to face while crossing a narrow ledge 50 feet above river, 1839. He also took refuge in a Mount Bonnell cave to recover from "flux", but was missing so long his sweetheart eloped. In the mid-1800s Mormons built a mill on the Colorado river at foot of Mount Bonnell. Mill was destroyed by flood and the Mormons moved on west. Mount Bonnell was site of picnics and outings in 1850s and 1860s. As it is today. Legend has it that an excursion to the place in the 1850s inspired the popular song "Wait for the Wagon and We'll All Take a Ride". As a stunt in 1898, Miss Hazel Keyes slid down a cable stretched from the top of Mount Bonnell to south bank of then Lake McDonald below.

Years after Bigfoot Wallace's refuge in the cave on Mount Bonnell, when asked why he had chosen the cave as a refuge, he responded "Well the cave was right on the old Indian trail leading down to Austin, and I thought I would be able to keep my hand in by 'upping' one now and then; and besides, the cave was in the best hunting ground for bear in all this country..”

And as a disclaimer, I have no idea what “flux” is, how you get it, or why one needs to recover from it.

In my own lifetime, I’ve had a few highs and a few lows up on Mt. Bonnell.

Every 4th of July, the overlook is an outstanding place to look out over the firework displays from Westlake, the Austin Country Club, and even the big downtown Austin show from beyond the sparkling skyscrapers.  Once or twice years ago, my friends and I would engage the lake houses on the far bank below in a parley of bottle rocket and missile barrages.

In the early 1990’s I ventured up there with a date for some of the aforementioned romantic recreation.  When a bright light from the Austin Police Department glared at me, I learned that Mt. Bonnell had a curfew which at that time of night, my date and I had violated.  One citation later, I realized that even the summit of Austin’s most popular hilltop had its low points.

I still visit Mt. Bonnell often.  It’s about 3 miles from my Current Investments Wealth Management office.  So, a power-walk down and back along the rolling pavement of Balcones Drive makes a good workout.  The folks who come to me for investment advice, guidance, and management know that the long climb toward their wealth-building goals may involve some ups and some downs.  Whether your investing goals are lofty or more modest, if you set out now to begin your climb the chances of reaching the summit improve with every step higher up that mountain.  Let’s talk about how high you hope to go.